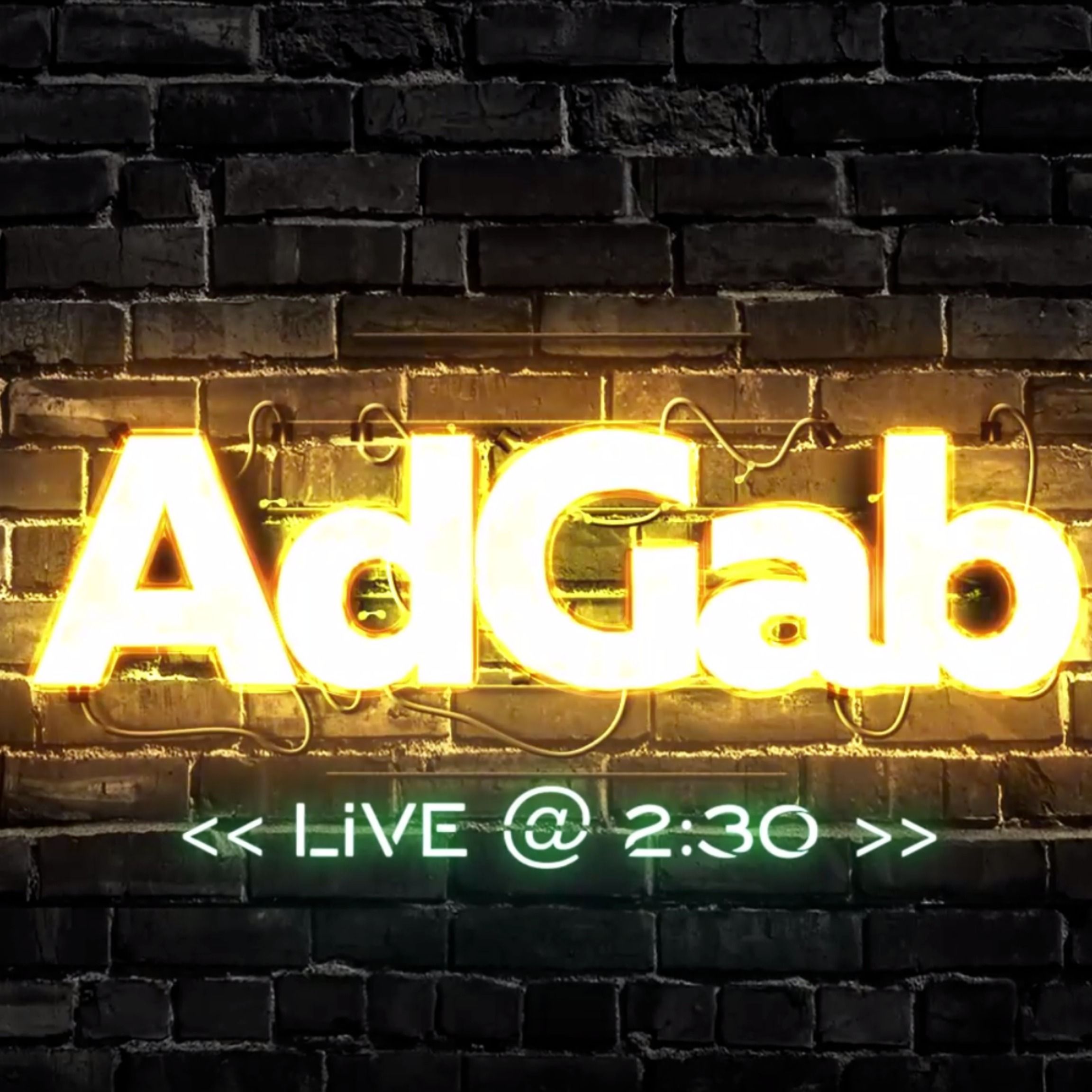 What does it mean to focus on mobile first in a mobile world? You may think you're already optimizing your mobile content and strategies. Today's Ad Gab wants to challenge you to create everything with mobile in mind, first.

In this episode, Ryan and Josh give you everything you need to successfully produce and create mobile content.

If you enjoyed this episode, leave us a review on Apple Podcasts. We love to hear from you! | Do you want to hear more from our host? - Give him a follow @ryanalford on Instagram. | The Radcast is a product of @radical_results | #theradcast #radicalmarketingresults

Ryan Alford [00:00:23] Hey, guys, what's up? Welcome to the latest edition of the Rad Cast. This is the Ad Gab edition. I'm joined, as always, by Mr. Joshe. What's up, Josh? Hello. Hello. Hello. Welcome to add Gabb episode something. Yes, we've done a few now. You know, like it means you can't keep up and then the numbers don't matter. It's the content that matters.

Ryan Alford [00:00:48] Living in the moment today, it's an important topic. I have been on a soapbox about this, so I practice what I preach to people. And Josh can attest to this. I've been on this with even ourselves. Our development teams, like everyone, are thinking mobile. We are in the, as I use Josh's phrase earlier, golden age of mobile, if you call it, because, you know, we finally have gotten to this ubiquitous place where everyone carries a smartphone or almost everyone. You have high speed Internet all the time between Wi-Fi and 4G networks, 5G networks, depending on where you're at. We're lagging here in Greenville, South Carolina, a bit on 5G, but it's coming soon enough. And, we have to be thinking about mobile first. And so I think it's extremely important. I think, yes, we were joking per episode that felt like a 2012 blog post. But the reality is, enough brands, people and content creators, and I'm not talking about the 19 year olds because they're well ahead of everyone, but everyone else out there. We're not thinking enough in that mobile mindset.

Ryan Alford [00:02:01] It's still like the TV commercial or the TV sides. This thinking, you know, that horizontal landscape, you know, and not thinking vertically with the phone, with the way people are holding it. And it really covers more than that. So let's talk first specifically, Josh, about how people should be designing or thinking about mobile first content.

Josh Hill [00:02:27] Yeah. So, I mean, content is kind of a lot of times what comes first, and especially when thinking in terms of social media or content for your website. I know a lot of people are designing on desktops. They're on there on their laptop, they're on their second monitor and they've got it blown up. And they're like, oh yeah, I can read this. And it’s like, no. If you're on your desktop, your graphic design should probably be this small on your laptop. Like hold your phone up to your screen, like literally pick it up and say, can I still read this without having to zoom in? Can I read this at a glance too? I see a lot of people aren't doing that. I come across Instagram feeds from businesses all the time where it's like I'm not going to take the time to zoom in. And if it's a story, you can't zoom in. I'm not going to screenshot it and open it in my photos.

Ryan Alford [00:03:17] That and the other one is either with it not being large enough, right enough or the image that you've chosen, being in the background that blurs out the copy or half of it. I'm really into reading this copy. You've got my attention for the five seconds I'm reading that line and I can't read it because it's over an image or something and I didn't optimize for that experience.

Josh Hill [00:03:39] Yeah. And I see it on websites too. It'll be this huge, beautiful photo if you're on your laptop or your desktop and then you open it on your phone, they try to use the same image and it's like tiny and it's like I don't even know what that is.

Ryan Alford [00:03:55] What are other ways people should be thinking about mobile first content?

Josh Hill [00:03:59] That's a vertical video. I'm seeing a lot of people still shooting horizontal video, and then it's only taking up like a fraction of your screen. It doesn't look right. It looks weird now because companies have already joined in, and are doing vertical video. That just means people are going to expect that now. Yeah, the whole like expecting people to turn their phone on their side thing is over, like, unless you're on YouTube, that's the like the only place or maybe Netflix, if you're traveling.

Ryan Alford [00:04:33] Yeah. Well, you know, you're going to watch something for 20, 30 minutes or 15, whatever that is. Yeah, but those instant experiences, those moments kind of come and go or you're kind of watching it, you're expecting that experience. And, you know, I think with TikTok and everything else, people are getting used to that. But I think the key here is that the content that you're producing at a higher level, there's nothing that drives me crazy. And we've done this ourselves. We're guilty of it. But we're getting better. We're getting better. But you've produced this beautiful video and then you've tried to crop it in for vertical. And it's so obvious that you did that. It's like, oh, one minute you're up on somebody's nostril. The next minute it's like they're seven miles away. It's so obvious that you've shared it as vertical, but it wasn't filmed appropriately for that.

Josh Hill [00:05:24] Yeah. I mean, like maybe if you need to mark it on your viewfinder or something like maybe shoot it to where it fits for both and then crop it for both later or just reshoot it, like you know? No one's going to like go back and watch side by side and try to find the difference

Ryan Alford [00:05:41] There's so many platforms you've got TikTok, stories, reels, IGTV, all these opportunities for that vertical experience and even the other channels like LinkedIn it still will work. It's almost like think vertical first, think mobile first, then work your way into horizontal as needed. Because unless it's on a television screen and then it's a connected TV ad or maybe obviously a TV commercial. But again, eyes are on mobile. Yeah, they're in the mobile phone all day in a vertical perspective.

Josh Hill [00:06:16] Yeah. And I think on a side note, like you can, you don't have to shoot a 4K video vertical. You can shoot it on your iPhone because I mean, we've seen a lot of TV ads that are shot on iPhone, like literally the shot on iPhone campaigns. There is a campaign for that. And then and then Google showing vertical stuff on TV commercials.

Josh Hill [00:06:42] It's normal, it's here. It's been normal. And I think it's important to remember, like, Reels and IGTV will show up in your feed. So, yeah, it's still even more places where vertical works.

Ryan Alford [00:07:18] Yep. That is a big one. And you know, develop with mobile and I look at mobile first. When you do a landing page or a full website, start with mobile. You know, you'd be surprised at the number of development groups out there, other people that still all start with desktop. And it looks beautiful because, hey, everyone working in that corporate or agency environment is on their laptop or on their big IMAX screen. And it looks beautiful. And so you have to really condition yourself to start with that mobile experience in mind and then work your way out.

Josh Hill [00:07:54] And that's a big piece of advice for you business owners and people who are approving websites, that maybe a different company is making for you. Like don't approve anything until you've seen the mobile version. Check that out. Like I would check that out first.

Ryan Alford [00:08:08] We've standardized it now literally where we are sharing desktop and mobile at the exact same time. When we share concepts, we're sending them together so the clients see it. They may not even know to ask for it, but we want them to see it because it's important, because it's not only where most of you know, 80 percent of the traffic is coming through mobile phones in many of the industries. You've got to build it for the traffic that you're getting.

Josh Hill [00:08:35] Definitely. And also part of that, you want to think here, navigation, make your buttons chunky. You should not have to zoom in to hit a button like you should be able to, like, touch it immediately, get it easily. And also keep in mind your pop ups. Because nowadays you kind of have to have that pop up like people think, oh, like get ten percent off your first order. It's like it's just one pop up. No, you're getting that. You're getting the ‘do you want to accept cookies’ one. And then like all of a sudden you're at two. Sometimes people have a messenger one pop up and if I'm on my phone I don't want to have to click through for X’s to get to what I'm trying to find. Keep that in mind. Put it in a banner if you can, make it easily accessible. You want to be just kind of aware, like I know it's really effective, but I think you need to be aware of how much is inhibiting the journey.

Ryan Alford [00:09:29] Yeah. And you think about it from your website. Josh just said it. But think about images, text buttons, content and videos, how they play when you click on them within it because there's nothing. Sometimes they'll have it all right. And then you click on a video and it's tiny or it's like cut off or something. Like the video player doesn't optimize for mobile. Yeah. So you've got to think about the entire experience.

Josh Hill [00:09:53] Yeah. You really want to ask yourself, like, is this providing information or is it making a better experience? If it's just to look pretty and it's like taking away from the other aspects of it. Probably cut it like it hurts. I know you worked really hard on that video, that little beautiful graphic, but if it's taking away from the experience, it's better to let it go.

Ryan Alford [00:10:15] Cool. That's your ten minute ad grab on the golden age of mobile and how to take advantage of it. Josh, always a pleasure. All right, guys, we'll see you next time. You know where to find us. TheRadCast.com. I’m @RyanAlford. And you've got @JoshChill on Instagram. We'll see you next time. Peace.

“Yo guys, what's up? Ryan Alford here. Thanks so much for listening. Really appreciate it. But do us a favor. If you've been enjoying the RadCast, you need to share the word with a friend or anyone else. We really appreciate it. And give us a review at Apple or Spotify. Do us a solid, tell more people, leave us some reviews. And hey, here's the best news of all. If you want to work with me to check with you, to get your business kicking ass and you want Radical or myself involved, you can text me directly at 8647293680. Don't wait another minute. Let's get your business going. 8647293680. We'll see you next time”