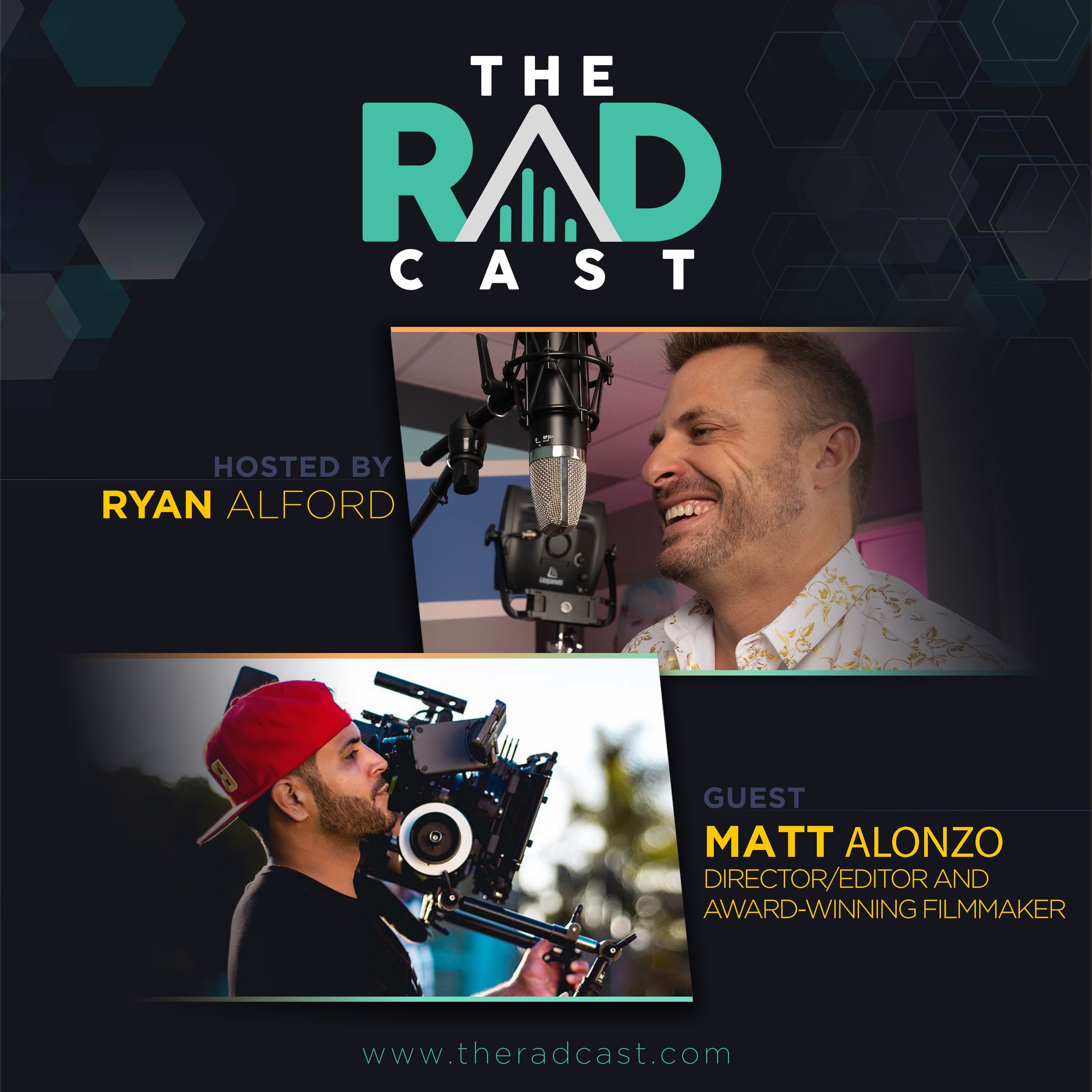 Welcome to another episode of The Radcast! This week Ryan interviews award winning filmmaker Matt Alonzo! Matt shares his experience working with some of the biggest names in the music industry, and talks about the importance of self promotion and branding.

"Alonzo, Partner/Head of Production, helped develop one of the first popular YouTube channels -Skee.TV with over 2 Billion views and 300,000 plus subscribers. The channels content was also syndicated on screens in restaurants and gas stations worldwide including McDonald's, Taco Bell, Denny's and more.

Alonzo departed from ICM as a Feature Film Director and is now pursuing Independent film opportunities."

Thanks for checking out this weeks episode of the Radcast! Be sure to keep up with all that’s Radical @ryanalford @radicalresults @the.rad.cast @nick_weaver and like and subscribe to our Youtube channel https://www.youtube.com/channel/UCc8gmekIb1SS1s216ASNT_w